The Last of Us: Part II Features 60 Different Accessibility Options in the Game’s Menu

A number of users replied to our post that they have received numerous issues with the new crossplay update (see below). But at the same time users also said that the overall experience was great when there is no crash and they enjoyed the new crossplay support between PC and Xbox One. 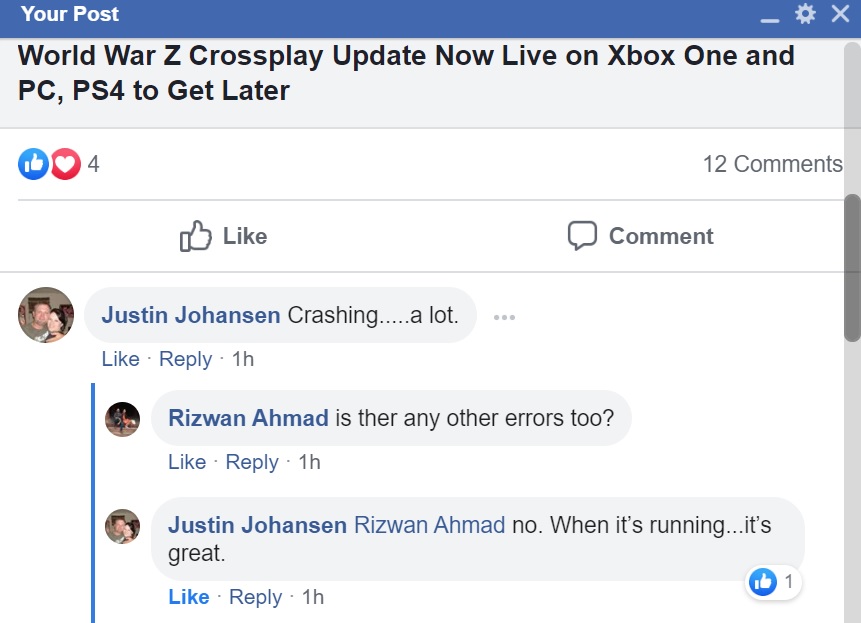 A user responded to our post that he is getting a lot of crashes while playing the crossplay over Xbox One. Another user replied that ”there is no voice communication between Xbox and PC.” While a user reported having a couple of drops while playing World War Z crossplay. 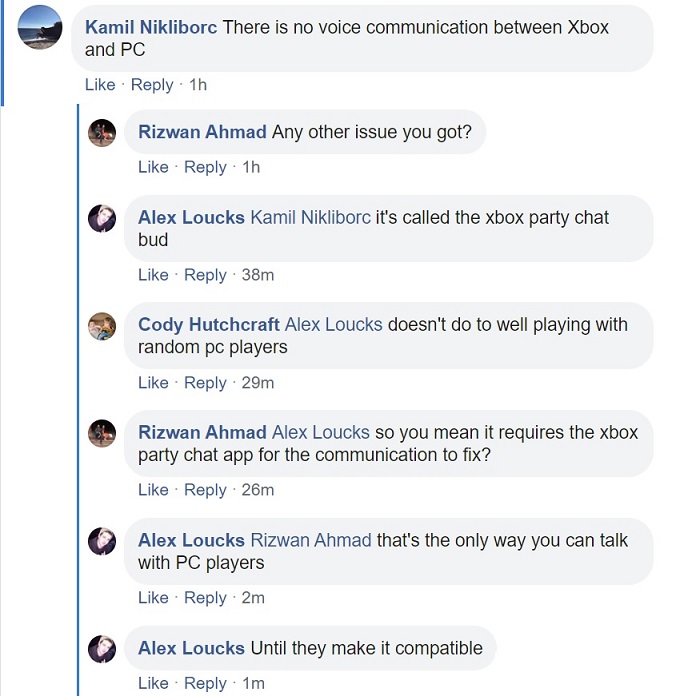 We are not yet sure what might have actually caused these issues for players. Maybe these issues could possibly be related to some random PC or Xbox Players. We are reaching out to more players to know more about their experiences on World War Z crossplay support between PC and Xbox One.

There are currently invitations for an early access phase of ...

In the past few months, the independent developers at Lince ...

Parts of Intel's final presentation on the Rocket Lake-S processor ...

Further unofficial details about the Soulslike RPG Elden Ring are ...

Microsoft has announced that Xbox Game Pass members with an ...

After more than three years of development, finally, the new ...

During yesterday evening, really interesting and unpredictable news has come ...