The next update to ARK: Survival Evolved will add the Charcarodontosaurus dinosaur. The update will also bring several other new creatures. The Spinosaur will have improved mobility in water and a better chance of farming Prime Fish. Additionally, it will now function in both bipedal and quadruped modes, increasing its attack power and speed.

Among the new creatures, the Carcharodontosaurus is the largest theropod in the game. It is a descendant of the allosaur and is a top predator in a desert environment. It is considered to be a better choice over the tyrannosaurus, despite the latter’s larger size. Besides the size, the Carcharodontosaurus has a sweeping bite attack that takes away stamina. This new addition is also getting new sounds and animations. 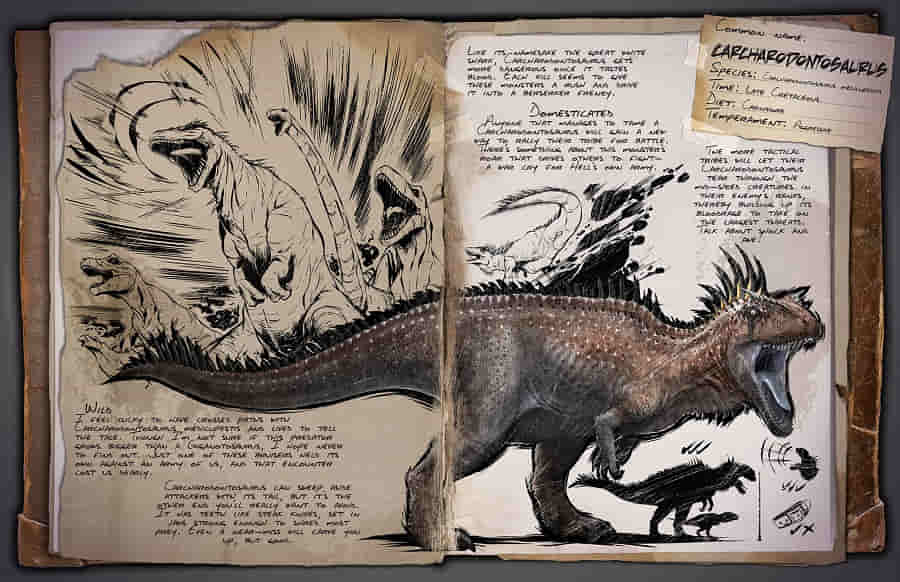 The Apatosaurus had triangular and wide neck bones. Its tail would have been longer and ended in whiplash-like talons. The head should be lower and wider. It should be a streamlined version of the Apatosaurus model. The maquette has been praised by SV-POW.