Over the last few hours, the GSC Game World development team has shown the public a gameplay video of STALKER 2, the first-person horror shooter shown during the Xbox Games Showcase, the event held last July through which Microsoft revealed some of the games coming soon on PC and on the next-generation Xbox Series X and Xbox Series S consoles.

At the moment the game does not yet have an official release date, but should be released in the course of 2021 exclusively on PC, Xbox Series X and Xbox Series S, in addition to becoming part of the catalog of games available through the Xbox Game Pass on the day of its official release.

Through the new gameplay trailer, made in-engine and therefore with what should be the graphics of its final version, it is possible to take a first look at the extremely dark and terrifying tones of the game, which promises to be able to drag the players into a great number of disturbing and threatening different environments, where according to the developers it will be possible to experience a constant feeling of danger.

STALKER 2 was originally announced back in 2010 and over the years many have feared a possible cancellation of the project. Only in 2018 GSC Game World, it was announced that it had taken over the development of the game, and then officially presented it last July.

Here is the description of the game, available on the official Xbox website:

“The award-winning PC franchise loved by millions of players is making a true next-gen console debut with S.T.A.L.K.E.R. 2. Experience a unique blend of first-person shooter, immersive sim, and horror.

The Chernobyl Exclusion Zone is a unique, dangerous, and ever-changing environment. It promises a lot — the artifacts of unbelievable value can be yours if you dare to claim them. The price you may pay, on the other hand, is no less than your own life.

One of the biggest open-worlds to date, filled with radiation, mutants, and anomalies, is yours to explore. All the choices across the way not only define your own epic story but influence the future itself. Be mindful about what you see, do, and plan, as you will have to find your way through the Zone or be forever lost to it.” 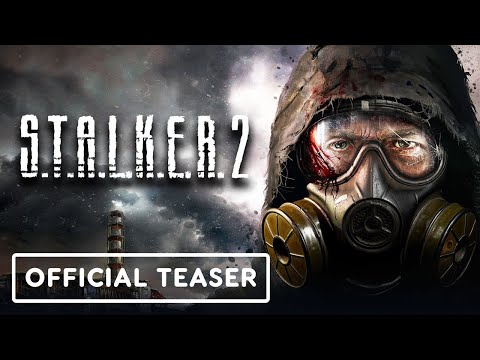